THIS REPORT IS TAKEN DIRECTLY FROM SARAWAK
REPORT 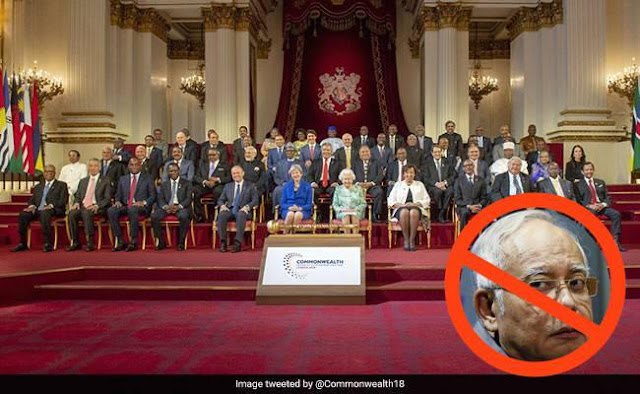 19 April 2018
Ann Clwyd holds UK FO to account over dealings with Najib
Following a visit to KL the UK Foreign Office Minister Mark Field has made a stinging condemnation of Najb’s latest moves to fix the election and to suppress criticism through his so-called ‘Fake News’ law.

Answering questions tabled at the end of March by the veteran Malaysia-watcher Ann Clwyd MP on Tuesday evening, the Minister, who has responsibility for matters relating to Britain and Malaysia, called on Malaysia to accept external election monitoring in the up-coming election, something the Malaysian Prime Minister has consistently refused to allow.
Although couched in the usual diplomatic language, the responses by the Minister represent an unprecedented put-down by the British Government, which has till this point remained one of Najib’s most solid allies as global corruption scandals have unravelled.
Clwyd had asked whether the British Secretary of State had made representations on the potential effect on freedom of speech of the Fake News law in Malaysia; the effect of the latest gerrymandering of constituencies on the veracity of the general election and what over-all assessment the minister had made of the political situation in Malaysia in the run-up to general elections?
In his response to the first point, Mark Field expressed Britain’s formal concern and disapproval not only over the Fake News law itself, but also the way it was undemocratically forced through in a matter of hours, without meaningful scrutiny or due process.  He went on to pointedly confirm that the UK is working together with other European nations in the EU to monitor the situation closely:

“The UK regularly highlights its firm commitment to freedom of speech and expression. I am concerned about the potential effect that the new Anti-Fake News Bill could have on freedom of expression in Malaysia, and about the fact that this Bill was passed without meaningful public consultation or debate. We are monitoring developments closely, working with EU and other foreign partners and stand ready to make any necessary representations.”

Shunned By The Commonwealth?

Meanwhile, Najib Razak has notably failed to present himself at the key biennial Commonwealth Heads of Government meeting in London this week.  The last minute no show means that Malaysia has effectively ruled itself out of taking over as the Chair of the next summit in 2020, which till this point had been expected to take place in KL.

It represents an enormous blow to Najib, who coverts international recognition, and Sarawak Report has surmised that in the wake of the 1MDB scandal, followed by Najib’s hardline measures to protect himself, the situation had simply become too embarassing for other Commonwealth nations to accept.
In his second answer, responding to the outrageous re-delineations again rushed through in a violation of due process by Najib, Field revealed that he had himself visited KL the previous week and it seems impossible not to conclude that these matters were not discussed during those meetings.  The outcome appears to have been the decision to drop Najib as the prospective Chair in waiting for CHOGM 2020:

“​On my visit to Malaysia last week, I heard about concerns related to the electoral boundary changes introduced by the Election Commission. We will be monitoring their impact, and have discussed the importance of free and fair elections with the Malaysian government at the highest levels.”

Field went on to reveal that Britain has now formally urged the Malaysian Government to accept external observers, something Najib Razak has doggedly refused to allow, despite persistent requests from the opposition parties and NGO campaigners, in particular the internationally respected clean election group, Bersih:

​”We continue to follow the political situation in Malaysia closely. During my visit to Kuala Lumpur last week, I heard about the recent changes to constituency boundaries and the passing of the Anti-Fake News Bill. I recognise that there are concerns related to both issues. The UK continues to stress the importance of free and fair elections and open and vibrant political debate. We have also encouraged Malaysia to invite external election observers, in advance of the 9 May election. [Answers FCO Mark Field 17th April]

Malaysia’s caretaker government may continue its course for the remainder of this election period, denying the undeniable and criminalising honest reporting and criticism online.
However, voters need to realise that outside of their propaganda bubble, the rest of the world has got the measure of Najib Razak and blackballed his kleptocracy, presenting very severe consequences of loss of trust in the wider nation were he to persist in power post May 9th.