IS THE US AMBASSODER TO MALAYSIA REALLY DOING HIS JOB? 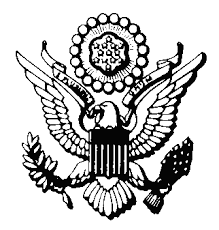 The way things are going, one wonders if the US ambassador to Malaysia is doing his job of keeping his government informed of the hosts of undemocratic acts taking place in Malaysia by the Malaysian
Government or, if his role is purely ceremonial and he has nothing to do with such issues, or that he ignorant and ill informed, or that the Americans under Obama are part of the whole scam.

Very  often Obama seems to be giving subtle hints that he is "tolerant" of Najib as Malaysia is a  "model democratic Islamic state".

If that is the way Obama thinks then the President of the United States is terribly ill informed, because it is abundantly clear that Constitutionally  Malaysia is a secular state and that Islam is only the official religion of the state, and by referring to Malaysia as a "moderate Islamic State" the Obama administration is actually undermining the already abused and undermined Malaysian Constitution so it will not be wrong to assume that Obama is in fact part of this plot to undermine democracy in Malaysia.

Even if it is an Islamic State, today Malaysia can't stand out as "Moderate" Islamic state, it has drifted from that end of the spectrum to being a radical Islamic State, encouraged by the actions of the Malaysian Government.

Even a cross like mark on a biscuit raised a huge hue and cry as the product being "un-Islamic"  and the biscuit factory was forced to change the dies to remove that cross like sign, why even the alphabet "T" has been called into question, as does buildings, with structures that resemble a cross, a five ringgit bill that had what looked mild streak to make it look like the flag poll outside the then Royal Palace was structured like a cross was recalled by Bank Negara and replaced.

For centuries the Malays celebrated a festival called "Mandi Safar" it was from their Hindu heritage which UMNO just hates to admit and eventually "Mandi Safa" which was steeped in Malaysian culture is lost to the extent that the Gen y and  even the late baby boomers have no recollection of such a cultural festival. The 3 day Malay Wedding has gone and most of its traditions have been lost to this reformation.

The once 'ever green' and fashionable Sarong Kebaya is a thing of the distant past to the extent that anyone viewing such a dress on a Malay lady today would be shocked as it would be unbelievable.

Malay is being replaced by Arabic, the importance this nation places on Arabic will even put the Arabs who now place a lot of importance in English to shame.

The Prime Minister of Malaysia who now proclaims to be staunchly against Islamic Sate was the very man who once called on his party members to emulate ISIS in their political struggle in  Malaysia and is that not something we are now seeing in the attitudes of Ali Tinju and 'Papagomo'?

The religious frenzy driven by the PM himself when he tries to convince the rural Malay  electorate that the opposition especially the DAP is un-Islamic just to get the popular Malay support when he himself knows it is untrue are reasons that drive many Malays into this defensive mode the mode to defend Islam and join the Islamic state.
\
I do not have to talk about the Allah issue, when after centuries of using the word Allah for God in the Malay, Dusun and other indigenous languages it  suddenly became an issue, where the Christians were stopped from using the word Allah for God. The Christians have objected to this and even Arabic scholars and authorities in Islam have rejected this but  became an issue of political making and that it can be used to muster rural Malay sentiment and subsequently Malay Vote this government encouraged it.

Does the government have the capacity to put a stop to this?

I'll say "YES" and rest my case I will say no more, if you need to know more, you'll have to study Malaysian History, but sadly it may not be there anymore,  if you are keen to study the government's ability to handle such cases, what they call 'sensitive' issues of their own (UMNO) creation go read up all that is available on Raja Nasrom a former UMNO member for he was once silenced on such an issue.

Make no mistake Nasrun was very influential UMNO figure, it was he who engineered the defeat of the MIC Deputy President   Dato Subramaniam from his Bangsar seat by getting the Malays who were mainly UMNO supporters especially from the Kampung Kerenci Areas to vote PAS instead, and unbelievably PAS defeated Subramaniam at that time and yet  when Nasrun raised a sensitive, an Islamic Sensitive issue Mahathir silenced him and all the others just remained quiet. on the issue, it has never been raised since. This was in the eighties.

Now we have 1MDB and believe me the CIA knows every move Najib made in that sting, but to date Najib is treated like a right royal whenever he goes to visit his golfing buddy Barack.

Why is Najib being given special treatment?